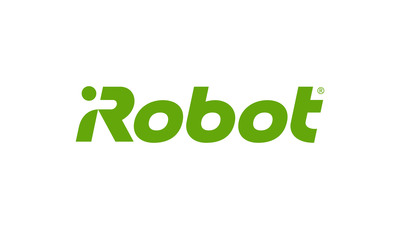 "We delivered another outstanding quarter in which total revenue grew 22% over Q3 last year. Based on our Q3 results, and on our Q4 outlook fueled by continued positive momentum in the United States and in EMEA, where growth is accelerating, we are increasing our full-year 2017 financial expectations. The U.S. and EMEA are now expected to grow 40% and 45% respectively for the full year.

"U.S. household penetration of robotic vacuum cleaners is still less than 10%, so there is plenty of runway domestically and even more overseas. With the leading global segment share, at a time when adoption is accelerating, we are in an excellent position to capitalize on the momentum to drive future growth."

Management provides the following expectations with respect to the fiscal year ending December 30, 2017.

A live, audio broadcast of the conference call also will be available at: http://investor.irobot.com/events/event-details/q3-2017-irobot-corp-earnings-conference-call.

About iRobot Corp.
iRobot, the leading global consumer robot company, designs and builds robots that empower people to do more both inside and outside of the home. iRobot created the home robot cleaning category with the introduction of its Roomba® Vacuuming Robot in 2002. Today, iRobot is a global enterprise that has sold more than 20 million robots worldwide. iRobot's product line, including the Roomba and the Braava™ family of mopping robots, feature proprietary technologies and advanced concepts in cleaning, mapping and navigation. iRobot's engineers are building an ecosystem of robots and data to enable the smart home. For more information about iRobot, please visit www.irobot.com.

For iRobot Investors
Certain statements made in this press release that are not based on historical information are forward-looking statements which are made pursuant to the safe harbor provisions of the Private Securities Litigation Reform Act of 1995. This press release contains express or implied forward-looking statements relating to, among other things, iRobot Corp.'s expectations regarding: future financial performance; future operating performance; revenue growth; demand for our robots; and anticipated revenue, operating income and earnings per share for the fiscal year ended December 30, 2017. These statements are neither promises nor guarantees, but are subject to a variety of risks and uncertainties, many of which are beyond our control, which could cause actual results to differ materially from those contemplated in these forward-looking statements. In particular, the risks and uncertainties include, among other things: our ability to operate in an emerging market; the financial strength of our customers and retailers; general economic conditions; market acceptance of and adoption of our products; and competition. Existing and prospective investors are cautioned not to place undue reliance on these forward-looking statements, which speak only as of the date hereof. iRobot Corp. undertakes no obligation to update or revise the information contained in this press release, whether as a result of new information, future events or circumstances or otherwise. For additional disclosure regarding these and other risks faced by iRobot Corp., see the disclosure contained in our public filings with the Securities and Exchange Commission.

This press release includes Adjusted EBITDA, which is a non-GAAP financial measure as defined by SEC Regulation G. We define Adjusted EBITDA as earnings before interest, taxes, depreciation, amortization, merger, acquisition and divestiture expense, gain on business acquisition, restructuring expense, net intellectual property litigation expense, and non-cash stock compensation expense. A reconciliation between net income and Adjusted EBITDA is provided in the financial tables at the end of this press release.